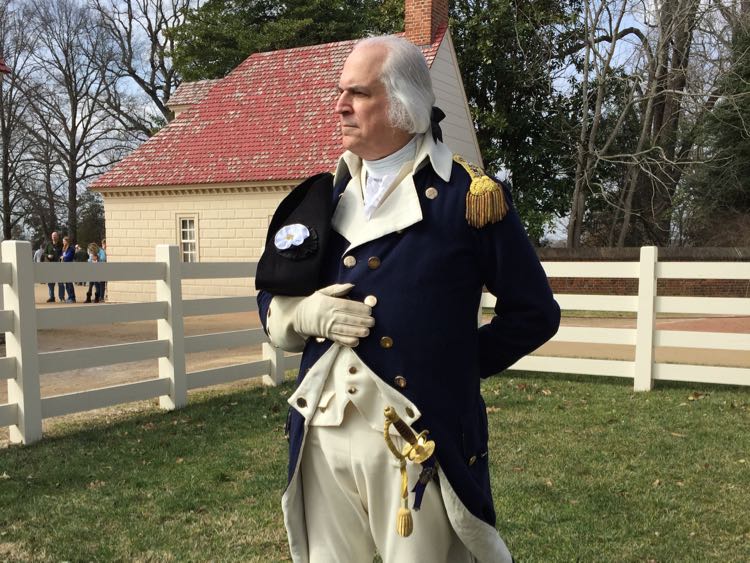 The long President’s Day weekend adds a boost of extra fun to a chilly month and is a great opportunity to explore new destinations in the Northern Virginia and Washington DC region. We’ve rounded up presidential destinations and annual events that offer fun for all ages over the three-day weekend.

Some 2021 President’s Day activities are canceled, but there are still plenty of ways to learn and celebrate Presidential history in Northern VA.

Every three day weekend is a chance to discover a new place to visit or return to an old favorite. We love to uncover hidden gems in the greater DC region. And in the Washington DC area, there are many destinations that have a presidential connection. Here are some fun and interesting places to visit during the President’s Day weekend, though all have year-round appeal.

Washington DC is home to many iconic presidential places. The steps of the Lincoln Memorial, the Washington Monument obelisk, and the Jefferson Memorial rotunda are known throughout the world. But Northern Virginia has a very special relationship with George Washington, who lived here for much of his life. Trace the changing fortunes of Washington’s life at these Virginia destinations.

2021 Update: Mount Vernon is open but some exhibits, including be Washington and the 4D Theater, are cloeed.

If you can only visit one George Washington site in Northern Virginia, take a trip to his beloved home, Mount Vernon. Washington spent much of his life here. He lived at the mansion both before and after his time as a General in the Revolutionary War, and his two terms as the first President of the United States.

It is fun to explore the beautifully preserved home and grounds. A mix of indoor and outdoor activities give you options on a chilly day and make Mount Vernon an excellent place to visit with kids.

At the Be Washington interactive exhibit in the Reynolds Museum, you can tackle challenges that George Washington faced. Interesting storylines, digital technology, and smart design make the Be Washington experience both fun and informative. There is also a great 4D Revolutionary War Theater featuring snow, fog, and rumbling seats.

Plan your visit with our complete guide: Fun Things to do at George Washington’s Estate in Mount Vernon Virginia.

2021 Update: The Visitor Center and Museum are closed but the grounds are open.

Virginia’s Northern Neck is the birthplace and first home of George Washington, though he only lived at the farm on Pope’s Creek for 3 years. Fire destroyed the original buildings, but the National Park Service has done an excellent job recreating the site. Here you can learn about the life of a Virginia gentleman farmer, and the influences that shaped Washington’s life.

At the age of 6, Washington and his family moved to a farm along the Rappahannock River in Fredericksburg. At Ferry Farm, visitors can explore Washington’s reconstructed boyhood home and grounds. Ferry Farm hosts a fun celebration on President’s Day (details below) but is closed for the rest of January and February.

Plan your visit with our guide: 8 Great Things to Do on a Fredericksburg Virginia Day Trip.

2021 Update: Great Falls is open but the Visitor Center is closed.

Washington surveyed the banks of the Potomac River as a young man. But his larger contribution to Great Falls came after the Revolutionary War. This was the site of George Washington’s ambitious project to build a canal from Ohio to the Chesapeake. He believed that trade between the states would help to unite the new country. Today, you can visit the remains of his Patowmack Canal, a system built to safely bypass the treacherous waterfalls at Great Falls Park.

Unfortunately, President’s Day is not a National Park free entrance day, so you will have to pay the regular entry fee. This is also a great time to purchase an annual National Park pass.

Take a hike to the Potomac River in nearby Seneca Regional Park to see another small remaining section of George Washington’s Potowmack Canal.

Visit Presidential Homes In and Near Charlottesville Virginia

Of course, Washington was not the only US President born locally. In fact, eight presidents were born in Virginia, the most of any state. You can tour three fascinating presidential homes in and near Charlottesville VA.

Monticello was Thomas Jefferson’s home and plantation for much of his life, both before and after he served as America’s third President. Tours of Monticello highlight Jefferson’s life as a scholar, inventor, and founding father. Docents also discuss the conflicting reality of his devotion to American freedom, and his role as a slaveholder.

Highland is close to Monticello for good reason—Monroe chose the site to he near his mentor, Thomas Jefferson. James Monroe was America’s fifth President and the last from the Founding Fathers. He served with George Washington at Valley Forge, studied law under Jefferson, and served 50 years in public office as Senator, Ambassador, Secretary of State, and President.

Highland is currently open for tours by reservation only, Fridays and Saturdays.

James Madison, America’s fourth President, lived at Montpelier as a boy, a family man, and a founding father. Tours of the mansion at Montpelier interpret the life of James and Dolley—the first American power couple—after he was elected President. Here James entertained the nation’s founders, and Dolley defined the role of First Lady. Exhibits and tours also highlight the difficult life of the enslaved community who lived at Montpelier.

Plan a Charlottesville, Virginia getaway to visit all three Presidential homes. Be sure to include a visit to Jefferson’s masterpiece of higher learning, the University of Virginia.

Explore Other Washington DC Area Destinations with a Presidential Link

Only two Presidents are buried in Arlington National Cemetery, John F. Kennedy and William Howard Taft. But the eternal flame at the Kennedy gravesite is one of the most visited spots in the cemetery. Arlington House, which sits on a hill in the cemetery also has a presidential connection. George Washington Parker Custis, Washington’s adopted son, built the house as a living memorial to George Washington.

Today Arlington House is more often associated with Confederate General Robert E. Lee, whose family lived here before the Civil War. During the war, the federal government took over the property and buried 2,111 war casualties there.

Located next to the Gettysburg Battlefield, the site preserves the home and farm of Dwight D. Eisenhower. The 34th President used the home as a family retreat and as a meeting place for world leaders. He purchased his Gettysburg home, the only one he ever owned, after retiring from military and public service.

The Eisenhower site is free and open year-round. Plan a Gettysburg holiday visit to see the modest home decorated for the Christmas season in Mamie’s holiday style.

2021 Update: Reservations are required to tour the Masonic Memorial.

View a giant statue of George Washington, murals, and artifacts including the Washington family Bible at the George Washington Masonic Memorial.  “The exhibit’s alcoves present Brother Washington as a Virginia Planter, Model Citizen, Military Officer, our Nation’s First President, Mourned Hero, and American Icon.” Admission is $18 and tours are currently by reservation only.

Two US Presidents are buried in Hollywood Cemetery—James Monroe and John Tyler. Jefferson Davis, President of the Confederate States of America, is also buried here. Other important Hollywood Cemetery burials include six Virginia governors, two Supreme Court justices, and over 18,000 Confederate soldiers (including 22 Generals). The cemetery offers beautiful views of the James River and is an interesting stop to include in a Richmond, Virginia getaway.

At the Maryland State House, take a self-guided tour to see the restored Old Senate Chamber. In this room, George Washington resigned his commission as Commander in Chief in 1783. Annapolis Maryland makes a wonderful day trip or weekend getaway from the Northern Virginia area.

A plaza on Theodore Roosevelt Island honors the former president with a giant bronze statue, plaques with quotes, and water features. This is a nice hiking spot with pretty trails and a wetlands boardwalk. The island is actually in DC, but you’ll park in Virginia before crossing a footbridge to the island. You can visit Roosevelt Island on a scenic drive on the George Washington Memorial Parkway.

2021 Update: The annual parade is canceled this year.

Celebrate the anniversary of George Washington’s birth at the nation’s largest George Washington Birthday parade. The one-mile route through the streets of Old Town Alexandria attracts nearly 3,500 participants and honors one of Alexandria’s favorite sons. The parade is free; 1:00 – 3:00.

Additional events throughout the month of February include a Cherry Challenge among Alexandria’s best restaurants, outdoor walking tours, and a virtual 18th-century banquet and ball.

Celebrate George Washington’s 289th birthday at his boyhood home with fun activities for the whole family. Activities include games, crafts, archaeology lab tours, living history activities, the Stone Throw Challenge (weather permitting), history theater, and birthday cake. “General Washington” will be there to talk about his youth on the farm. Reserve a two-hour time slot online; $5 adults, under 17 free. 10:00 – 4:00