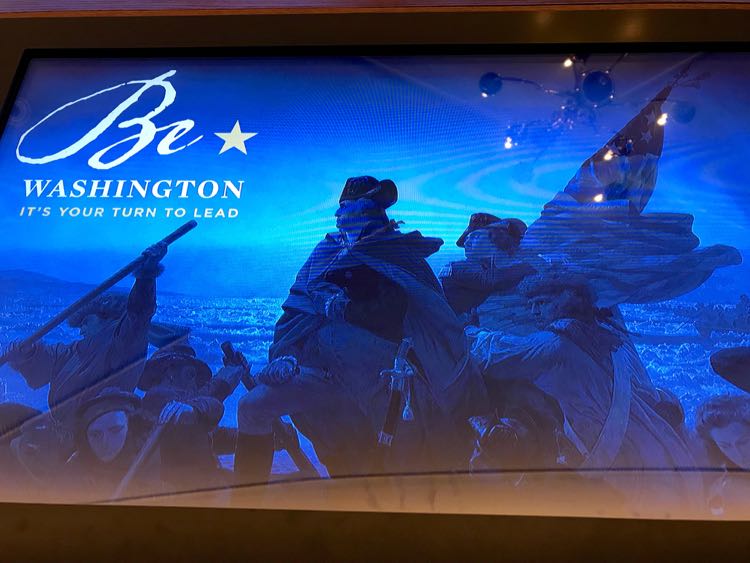 The Be Washington interactive exhibit at George Washington's Mount Vernon is a fun and fascinating way to dive into United States history. Participants tackle real challenges that Washington faced during his time as General of the Continental Army and as President of a fledgling nation. The $3 million exhibit opened in time for President's Day 2018, and is a fun stop on any visit to Mount Vernon in historic Virginia.

About the Be Washington Interactive Exhibit

The “Be Washington: It's Your Turn to Lead” experience at Mount Vernon puts you in charge of real dilemmas George Washington faced during the American Revolution and during his presidency.

Visitors explore each scenario, gathering input from some of the same historical advisers that Washington listened to. Famous people like Thomas Jefferson and Alexander Hamilton mix with slaves, farmers, and townspeople to offer you advice. Finally, you must make a choice and advise George Washington on how to proceed.

The Be Washington exhibit is a highly engaging way to learn (or get a refresher course) about important conflicts in early American history. A combination of compelling storylines, digital technology, and smart design make the Be Washington experience both fun and informative.

>> Find favorite activities and tips to plan your visit: Fun Things to Do at George Washington's Estate in Mount Vernon Virginia.

How to Be Washington at Mount Vernon

The Be Washington theater is located inside the Donald W. Reynolds Museum and Education Center at Mount Vernon. The spacious room features 18 touch tables, each with two seats, allowing 36 active participants. A 30-foot screen stretches across the room, offering excellent views from every seat. Additional standing room allows for observers during busy times.

Each scenario follows the same progression, but each focuses on a very different set of issues and inputs. The scenario is introduced with a high-production dramatization.

A narrator summarizes the problem that Washington faced and offers three possible decisions. The narrator is Chris Jackson, who played George Washington in the Broadway hit “Hamilton.”

Once the problem is introduced, a group of advisors appear on each touch screen and it's your turn to take over.

Each person uses the touch screen to choose advisors to listen to. As the advisor speaks, you adjust a slider to indicate how much you agree or disagree with the advice you're hearing. This helps you track input to reach your final decision. Part way through the exercise, additional advisors are added to the mix.

When the allotted time runs out, Jackson returns to present your three options again. Time is up, and you must choose A, B, or C. What will you advise George Washington to do?

The group votes are summarized on screen, an interesting look at how others in the room chose to advise Washington. In the end, we learn what George Washington actually did and how that decision affected the future of the United States.

Fun Connection: Visit the Wigle Distillery, inspired by the Whiskey Rebellion, on a getaway to Pittsburg Pennsylvania.

While we had some knowledge of each issue, we didn't know the historical outcome. As the scenarios played out, we found ourselves switching opinion several times. In the end, we voted once for the outcome that Washington chose, and once for the “incorrect” choice.

The entire Be Washington experience gives visitors a deep appreciation for the difficult choices George Washington had to make. You'll gain a better understanding of our country's history, and of challenges leaders face as they confront new issues. Be Washington is a very compelling and enjoyable way to learn.

Tips for Enjoying the Be Washington Experience at Mount Vernon

>> Find more Presidential Destinations In and Near Northern Virginia.

We highly recommend a visit to George Washington's Mount Vernon and the Be Washington experience. Participants develop a new appreciation for the challenges of leadership, the complexities of American history, and the brilliance of our nation's first president.

If you get the chance to “Be Washington,” please share your feedback and tips in the comments below. History lovers should also plan to visit these Historic Homes in Virginia. 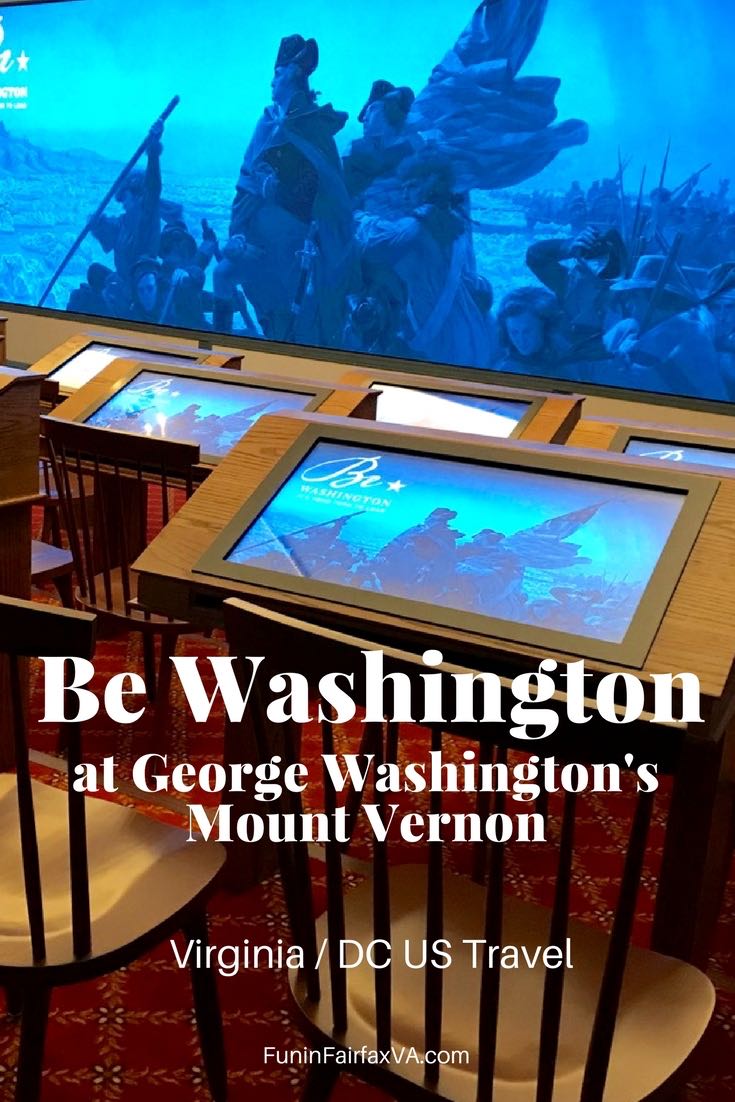