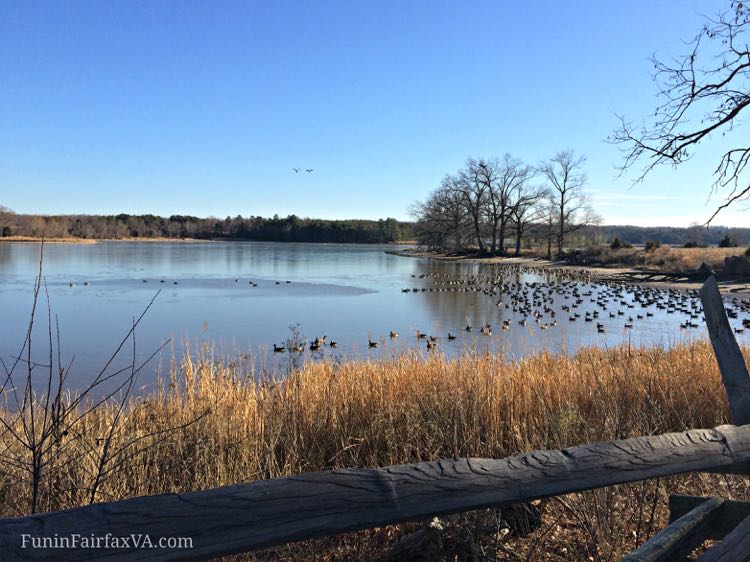 In honor of President's Day, here is a view of Popes Creek from George Washington Birthplace National Monument. This historic park recreates the setting of George Washington’s early years and establishes his upbringing and future as a Virginia gentleman farmer.

From the parking area to the nature trails, you'll enjoy beautiful views of Popes Creek and the tidewater lands similar to what young George would have experienced.

George Washington was born at Popes Creek Plantation on February 11, 1731/2 according to the Julian calendar used at the time of his birth. When the Gregorian calendar was later adopted, Washington's birthday became February 22, 1732, and it has been celebrated since the Revolutionary War.

George Washington only spent his first 3 years on the plantation at Popes Creek. But later, he returned to visit his older half-brother and practice the craft of surveying. George performed his first survey at Popes Creek when he was 15, showing where Bridge's Creek meets the Potomac.

There is plenty to enjoy at George Washington Birthplace National Monument:

A 15-minute film discusses life on a tidewater farm, and the Washington family’s important role in Virginia aristocracy. Outside, you'll have beautiful views of Popes Creek and, in the distance, the Potomac River. Be sure to look up in the trees; we saw a bald eagle perched just above the Visitor Center deck.

It's a short walk to the Memorial House, a reconstruction of the Washington farmhouse which burned in 1779. Ask a Ranger for a tour of the house to see period and reproduction pieces, including three items that belonged to the Washington family. In the Withdrawing Room, you’ll see a round tea table that was in Washington’s house when it burned. Outbuildings include a kitchen, workshop, and weaving room.

Past the house, you can hike across a bridge over Popes Creek, the 3/4 mile Dancing Marsh Loop Trail, and the 1 mile Nature Loop Trail. The trails offer serene views of the creek and marsh, plus a log house, and picnic area. You will also see the farm’s heritage sheep, which add to the beautiful pastoral setting.

Before you leave the park, turn at the obelisk to visit the family burial ground. Washington’s half-brother, father, grandfather, and great-grandfather are all buried here.

Learn more about George Washington sites in Northern Virginia and the Northern Neck in these related articles: