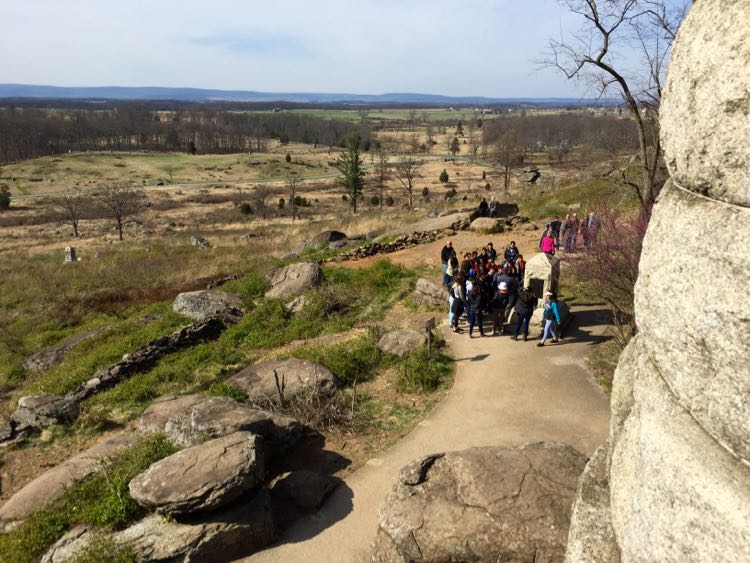 Visitors to Little Round Top in Gettysburg National Military Park see terrain much like soldiers did during the critical second day of the Battle of Gettysburg, the bloodiest battle of the US Civil War.

The hill commanded high ground that was occupied by Union forces who successfully fought off Confederate attack. The hill overlooks Devils Den, the Wheatfield, and the Peach Orchard, all sites of fierce fighting and many casualties.

From this viewpoint, we look across the high ground toward the monument to the 91st Pennsylvania Volunteers. A large bronze statue of Brigadier General Gouverneur Kemble Warren looks out from a rock where he is said to have stood during the battle. General Warren made the key decision to divert Union troops to Little Round Top so they could hold the strategic high ground which had been left undefended.

In the distance on Cemetery Ridge, is the dome-topped New York Memorial, largest on the battlefield. In the foreground are earthworks built by Union soldiers when they occupied the hill. The high ground, rocky terrain and earthworks, and the tenacity of the Union soldiers blocked the Confederate attack. Ultimately, the Union forces preserved the western flank, and secured the Union position.

Plan your visit with our guide: A Gettysburg Getaway Immersed in Civil War History.

Perhaps best know for their bravery and determination during the battle of Little Round Top are the 20th Maine, commanded by Colonel Joshua Chamberlain. Chamberlain's men were told to hold the extreme left position of the Army of the Potomac at all costs. They repeatedly fought off Confederate attacks, and when their ammunition was almost exhausted, Chamberlain ordered a bayonet attack and flanking maneuver that repulsed the Confederates.

The battle at Little Round Top is a central plot-line in Michael Shaara's Pulitzer prize winning historical novel The Killer Angels. Jeff Daniels stars as Chamberlain in the movie Gettysburg, a fascinating depiction of the events at Little Round Top. We highly recommend both the book and the movie for anyone interested in Gettysburg.

Little Round Top is on Sykes Avenue in Gettysburg National Park, Gettysburg, PA 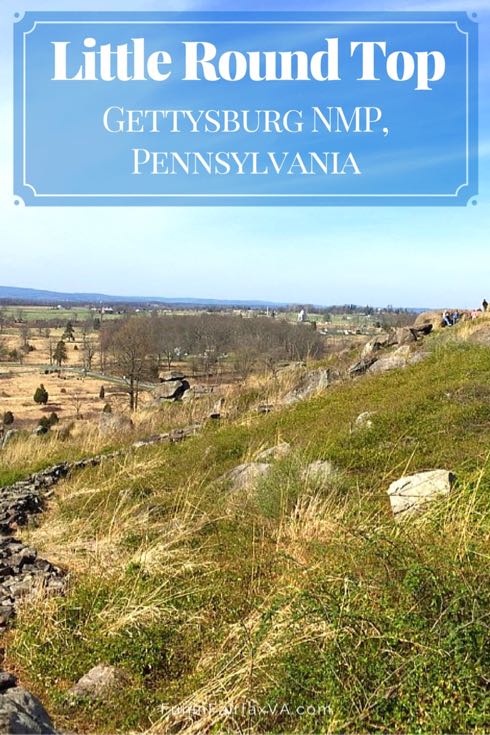